Real Madrid defender Pepe has claimed that he is ready to stay at the Santiago Bernabeu beyond the end of the season. 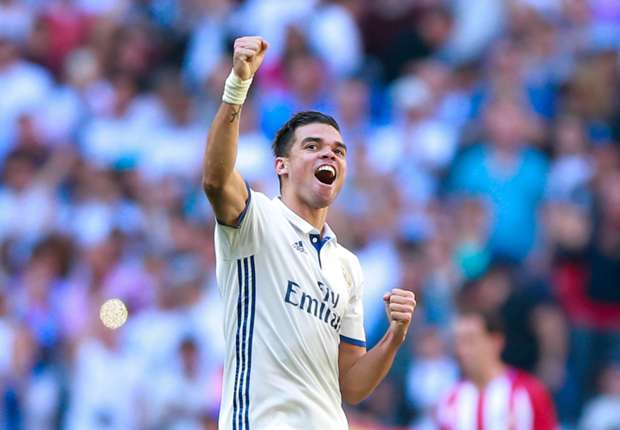 The defender is out of contract in the summer, and he has reportedly not been offered a new deal just yet. The club are clearly taking their time about retaining the player, who is 34 years old. Despite his concerns about the age, Pepe has been a regular first-team player for the club. He has been at Madrid since 2007 after having joined from FC Porto. Over the years, he has won the league title, two Champions League trophies, two FIFA Club World Cup medals, and several other trophies.

The defender once again proved his worth to the team by scoring the opening goal in the 1-1 draw with Atletico Madrid during the weekend. The player also fractured two ribs in the process and will now be out for a considerable period of time.

“Until June 30 I am under contract at Real Madrid. As I’ve said before, I will wait for Madrid until the last second, and I will make sacrifices every day to be able to stay here,” said Pepe about his future.”Pepe is an example both on and off the field — he carries Real Madrid in his heart.He has won every trophy there is to win twice during his 10 years at the club: two Champions Leagues, two Leagues, two Club World Cups,” said Perez.